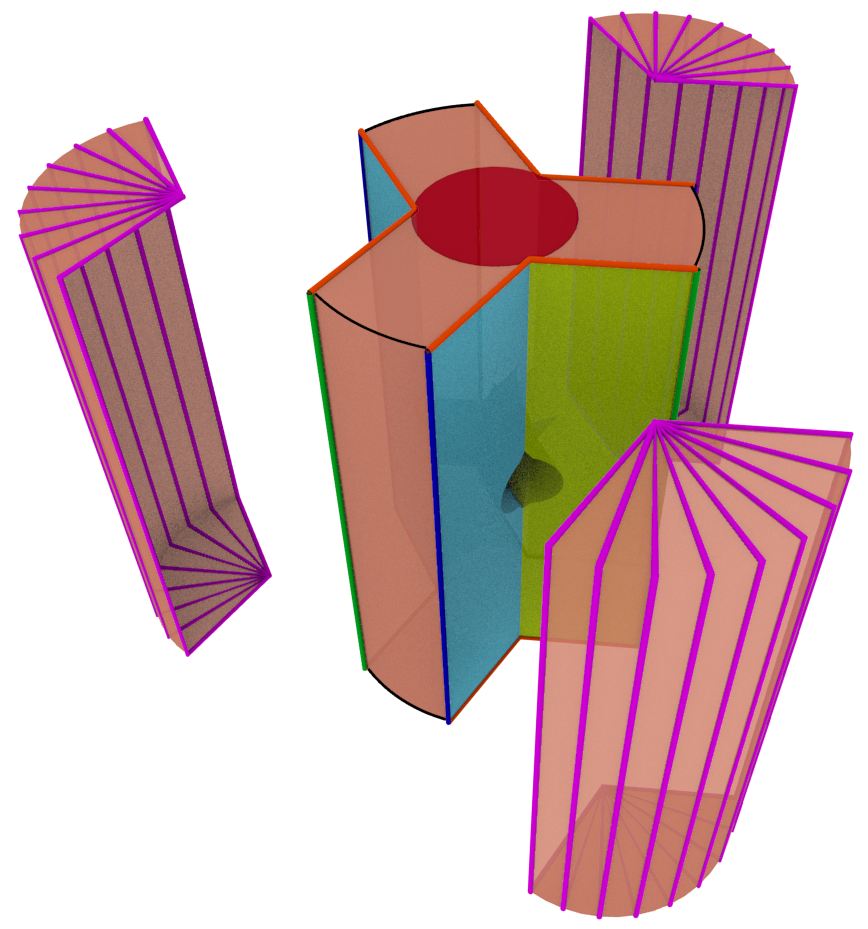 Understanding four dimensional structures or manifolds is both a mysterious and complex task. The goal of the AIM workshop ‘Trisections and low-dimensional topology’ held in March of 2017 was to study these four dimensional objects with a new perspective introduced by David Gay and Robion Kirby in 2012. In three dimensions it has been known for a fairly long time that closed manifolds can be decomposed into two simple pieces called handlebodies (think here of a solid donut for an example.) The manifolds are constructed by gluing the handle bodies together along their boundary. The theory of trisections says that every smooth four dimensional manifold can be decomposed into three simple pieces via a trisection, a generalization of the splitting of a three dimensional manifold. There is now tantalizing evidence that reveals that trisections may bridge the gap between three and four dimensional topology.

The AIM workshop was organized by David Gay, Robion Kirby, Jeffery Meier, and Alexander Zupan. Many facets of the theory were explored by the subgroups formed at the workshop and the hope is that this work will continue to influence the subject long after the workshop.

Invariants in mathematics are objects used to tell which objects are the same in some sense and which are different. So it was natural that one of the many interesting questions and ideas considered at the workshop included investigating the connection between invariants of the manifolds and trisections. Two other areas of interest were the topic of trisections and symplectic topology and yet another was focused on trisections of complex curves in the complex projective plane.

One group of participants looked at the extent to which computer programs could understand and depict trisections, asking questions about how best to encode four dimensional manifolds as data. They were extremely successful; at the end of the week, they had developed the framework for such a program.

Shortly after the workshop, nine of the participants learned that their application for a Focused Research Group grant was approved by NSF. One of the referees mentioned that it would be good to have a book or set of lecture notes on trisections. So in response there will be a “Feature” at the Proceedings of the National Academy of Sciences (PNAS). Such a feature is a collection of papers on a “hot topic”, with an introduction to trisections and along with research papers. The front cover of that forthcoming issue of PNAS is devoted to math art involving trisections. A majority of the papers in this feature either began in collaborations at AIM or made significant progress at AIM.