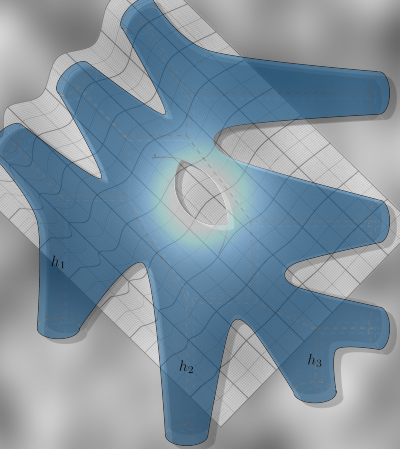 During the academic year of 2006-2007 the School of Mathematics conducted a special program in algebraic geometry. This subject, with deep classical roots, is one of the most active areas in contemporary mathematics. Especially notable are its interconnections with number theory, mathematical physics and topology. The scientific activities during the year reflected the depth and breadth of algebraic geometry, both through the organized activities and through the numerous informal seminar and scientific exchanges and collaborations that arose. We will briefly describe a few of these.

Two of the central areas of activity in algebraic geometry are the new categorical/homotopical methods being brought to bear on one of the central questions of algebraic geometry, namely motivic cohomology, and the fascinating set of issues related to homological mirror symmetry. The latter in large part are an outgrowth of the very rich interface between theoretical physics and mathematics, especially algebraic and symplectic geometry.

The latter attracted wide interest and participation throughout the year and was the subject of two workshops on the “hot” topic of homological mirror symmetry, one held during each term. The workshops were supported by the National Science Foundation. The Institute provided a perfect environment and many opportunities for collaboration between string theorists, symplectic topologists, algebraic and differential geometers, and representation theorists. By bringing together researchers from all these fields, the program aimed to proliferate the cutting edge research in algebraic, topological, differential geometric, and string theoretic aspects of mirror symmetry, and to put center stage the new trends, challenges and open problems the subject has to offer. In that respect the activity was very successful. The seminar lectures and the formal and informal research group meeting throughout the program not only streamlined and organized and exciting new discoveries in birational geometry, moduli theory, Hodge theory, symplectic topology and stringy geometry, but also managed to tune up the creative energies of the individual participants in the program in a cohesive thrust to understand the newly emerging aspects of all of the subjects involved.

Specifically, the workshops were:

Several new ideas came out of these activities:

Additionally, several new collaborations have started during this activity. We are preparing a proceedings volume which will record the progress and interesting new developments in Homological Mirror Symmetry that were communicated through the program. Many students and postdoctoral researchers were involved in the activities, as well as participants from under-represented groups.