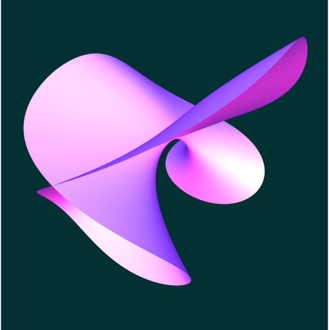 Polynomials are fundamental mathematical objects. Many basic practices in our lives are expressed through polynomials, and the same is true for the laws of science. Einstein’s famous formula expresses energy, E, in terms of a polynomial of degree 1 in m – the mass – and of degree 2 in c – the speed of light, as E = mc 2 .

Algebraic geometry studies those geometric objects, called (algebraic) varieties, determined by the vanishing of polynomials. Several familiar objects are varieties, for example spheres, but also the one in the picture 1 below. 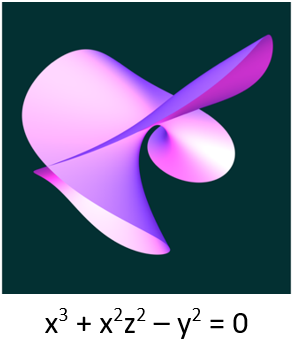 Many disciplines, including mathematics, organize themselves by classifying objects of interest according to certain criteria, hence certain types. Whereas the choice of such criteria may be difficult in some areas, in mathematics it is often simple. And in algebraic geometry this leads to a fascinating discovery: The sets of all varieties of a certain type are themselves varieties, and their geometric structure records some of the features of the varieties they parametrize; as such they are called moduli spaces.

A moduli space is thus a variety whose points correspond to varieties of a certain type. The simplest and most important varieties are the smooth ones, which, informally speaking, are such that under a microscope they will look exactly the same everywhere. A sphere is a good example, and so is the torus 1 . 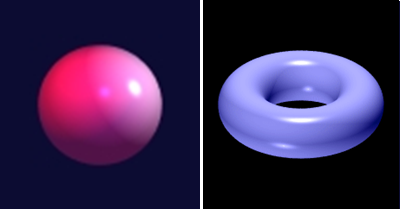 1 Images due to Herwig Hauser

The systematic study of the geometry of moduli spaces began in the mid-1900s, but it can be traced back to the work of B. Riemann in the 19th century. A fact that modern algebraic geometers recognize as an irrefutable truth is that a moduli space is a good solution to a classification problem only if it “fixes the holes”. In a moduli space the varieties should be free to move around without falling out of it; in mathematical terms, good moduli spaces should be compact. This entails that to the moduli space of smooth varieties we will often have to add more complicated types, i.e., singular varieties, because our smooth varieties inevitably fall into them. It is as if while drawing a map of all rivers on planet Earth we realize that it is sensible to include also lakes and seas.

For varieties of dimension one, called curves, the “compactification” problem, the issue of which types to add to the smooth ones, is now settled thanks to P. Deligne and D. Mumford, whose seminal work on moduli spaces was awarded a Fields medal in 1974. But the main focus of the program was on varieties of dimension greater than one, whose study is the subject of birational geometry informed by our deep understanding of curves and their moduli spaces.

The compactification problem – which types of varieties to choose – is more complex than it is for curves. The global geometry of curves is captured by one numerical invariant, the genus of the curve, and for the local geometry, Deligne and Mumford showed that it suffices to consider the simplest type of singularity a curve can have: nodes. As a result, for every positive integer, g, there exists one (compact) moduli space which classifies, roughly speaking, two types of curves having genus equal to g: smooth ones and nodal ones. 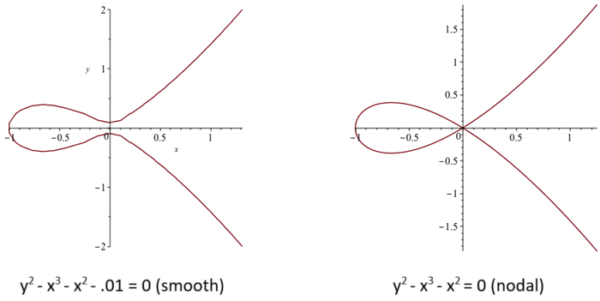 In higher dimensions not only are the global and local geometry more intricate, but their interplay is also an issue, as one affects the other.

The history of the subject goes back to the beginning of the 1900s with the work of Castelnuovo and Enriques in dimension 2, till the boom, in the 1980s, brought by Mori and the program which takes his name. Again, a Fields medal, in 1990, awarded this achievement which consisted, loosely speaking, in a procedure to associate to each algebraic variety one of the right type, suggestively called a “minimal model”. The progress of the last three decades culminated in the work of C. Birkar, P. Cascini, C. Hacon and J. McKernan, with a Fields medal awarded to Birkar in 2018, and a Breakthrough Prize in 2018 for Hacon (the lead organizer and Chern Professor during this program) and McKernan (a Simons Professor during the program).

Today we have a clear picture of what the classification scheme should be, and the conditional is needed as some parts are still open. It is worth stressing that arriving at this conjectural picture took about a century and is itself a major scientific achievement (awarded along the way by the most important mathematical prizes). Much of the research during the Spring 2019 program Birational Geometry and Moduli Spaces was devoted to positive results within this conjectural scheme, and a remarkable example are those about the moduli space of “K-semistable” Fano varieties, a fundamental type of varieties (including projective spaces) where the moduli problem had long been considered off-limits.  It is on these research directions that the MSRI program had its highlights, with the active participation of many of the world experts in the field, either as organizers or as participants.