The Math of Irreversibility 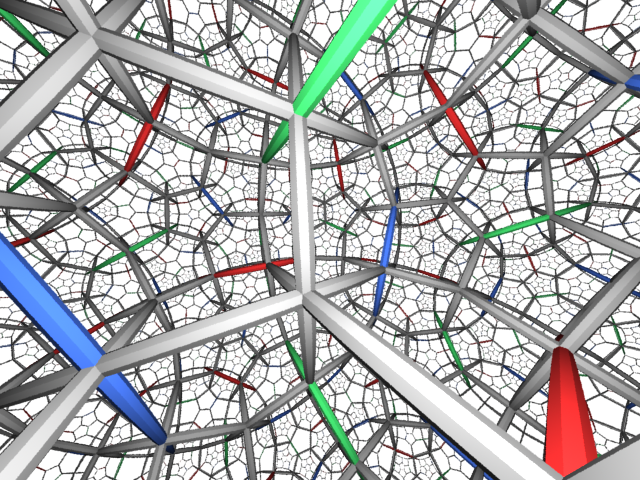 A relatively new branch of mathematics, called higher category theory, seeks to address a common but perplexing phenomenon in math as well as other sciences. “We’re trying to build tools that allow us to capture irreversibility,” says Ezra Getzler of Northwestern University, one of 47 mathematicians who participated in the 2020 spring program on “Higher Categories and Categorification” at the Mathematical Sciences Research Institute (MSRI) in Berkeley.

Examples of irreversibility abound. For example, a computer program computes a weather forecast from radar and satellite data. Or it accepts a password, compares it to a stored key list, and generates an authorization to proceed. We never ask the program to work in the opposite direction. But how can you check your work when you can’t go backwards?

One successful project conducted during this program at MSRI was led by Chris Kapulkin of the University of Western Ontario. Working with a small team of graduate students and postdocs, he showed that a particular flavor of higher categories known as infinity categories, which are traditionally understood using conglomerations of triangles and their higher-dimensional analogues, can also be studied using cubes.

Kapulkin, a mathematician and computer scientist, says that he gravitated to category theory because it unifies these two fields. For example, when a computer combines two pieces of information to create a third (password + key → authorization), it is setting up a kind of equivalence between two sides of a triangle and the third side.

To the programmer, the entire triangle is a “witness” to the correctness of the computation. Computer scientists need to be able to audit their software. If you can’t reverse the computation, the next best thing is to show that all the correct triangles are in place. But how do you audit the audit? You need to have witnesses to the correctness of the triangles (tetrahedra, or triangular pyramids), and then witnesses to those witnesses (four-dimensional versions of tetrahedra, called “simplices”), and so on ad infinitum . You may feel as if you have just entered the Twilight Zone, but in fact you have just entered an infinity category.

In many ways a more convenient choice of building block for category theory would be, literally, blocks — that is, squares, cubes, or hypercubes of various dimensions. One reason is that two hypercubes define a “product” that is also a hypercube. “This allows you to capture computation in a much nicer way,” Kapulkin says. When the programming language is based on cubical sets, software verification can be parallelized, delegating one verification to one processor and another one to a different processor. If the witnesses are hypercubes, then they can be combined into a single witness by the product operation.

Three-dimensional space can be divided up into an infinite complex of “pillars,” “walls,” and “rooms.” In an infinity category, this process is continued to higher and higher dimensions, with hyper-rooms, hyper-hyper-rooms, and so on. (Frame from “Not Knot,” courtesy of Geometry Center.)

Granted that cubical sets are more convenient, are they actually consistent with the simplicial approach? Before he arrived at MSRI, Kapulkin had already shown that they are equivalent in a special case called (infinity, 1) categories. At MSRI, Kapulkin joined with Timothy Campion of Notre Dame and Yuki Maehara of Macquarie Universe, whom he had not met before, to begin working on (infinity, n) categories. “The paper goes about halfway,” he says. He is already planning to get together with Maehara and his previous collaborators to finish the job.

“We’re hoping that all the tools are there, and it’s just a matter of putting the pieces together,” Kapulkin says. This is exactly the sort of technical open problem that most benefits from a focused program at MSRI, which allows top experts from around the world to meet and share their insights.

The coronavirus undeniably took away some of these opportunities for collaboration. Nevertheless, the conversations begun this spring have continued. “The participants remain grateful to the administration that, although the last two-thirds of the semester were forced online, the program was able to continue and achieve many of the ambitious goals it had set itself,” says Getzler.