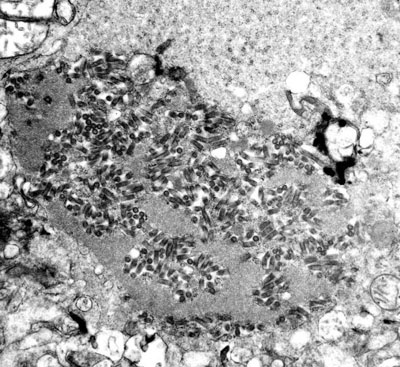 A human bitten by an animal with rabies will almost certainly die within days unless immediately treated with a multi-stage vaccine regimen initially developed by Louis Pasteur in 1885. To combat the spread of rabies today, which nationwide affects over 40,000 people annually and countless wild and domestic animals, the United States spends over $300 million each year on its prevention and control. One important ecological feature that makes this disease difficult to contain is that animals with rabies tend to increase their ranges substantially after they become infected, and thus are more likely to come into contact with and bite other uninfected (or susceptible) animals. A challenging problem in the national battle against rabies is to determine the effect that this increase in mobility among infected animals has on the ability of the disease to persist over the course of an epidemic outbreak.

In solving other epidemic disease problems, mathematical biologists have developed a suite of susceptible-infected (or SI) models to study the dynamics of a wide variety of infectious diseases in different spatial settings. Unfortunately, previous spatial SI-models that apply to rabies have assumed either that susceptibles do not move at all, or that their mobility is comparable to that of infected animals, and until recently, there was no good description for the spatial dynamics of a rabies outbreak in which susceptible animals maintain realistic but smaller ranges than infected animals do. In order to formulate such an SI-model, and then to use it to solve important practical problems, mathematical biologists must combine biological insight with appropriate analytical and computational methods. 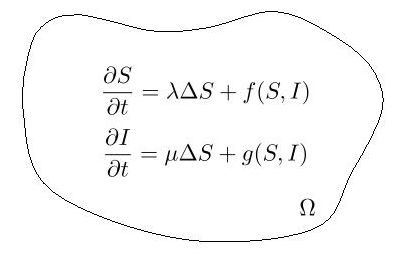 While visiting the Mathematical Biosciences Institute (MBI) this year, mathematicians Linda Allen (Texas Tech University) and Yuan Lou (The Ohio State University) and biologist Benjamin Bolker (University of Florida) have teamed up with MBI postdoctoral researcher Andrew Nevai on an interdisciplinary project to analyze a spatial model for rabies epidemics in which the range of susceptibles is considerably smaller than that of infected animals. This SI-model describes the movement of animals within their ranges and applies, in its most general form, not only to carriers of the rabies virus, but also to carriers of the influenza virus and many common sexually transmitted diseases for which there is no known immunity. Making use of a variety of mathematical methods ranging from ordinary differential equations, spatial moment equations, partial differential equations, bifurcation theory, and the theory of non-negative irreducible matrices, they have obtained new results that relate dispersal and spatially-dependent transmission and recovery rates, to the long-term persistence or extinction of a disease within different geographical regions. One surprising conjecture they make is that, within a landscape of connected patches, ranges with high host-to-host transmission rates and low disease recovery rates can still remain disease-free, and even support a large number of uninfected animals, because of the rapid movement of mobile infected animals out of these patches and into others.

The MBI played a crucial role in bringing these researchers together for several months. The work of Allen, Bolker, Lou, and Nevai has generated testable conjectures to be experimentally verified by future field studies. Furthermore, their theoretical ideas and results could probably be extended in order to understand the spatial dynamics of other more complex disease outbreaks. As we increase our understanding of how infectious diseases such as rabies develop and spread within both human and animal populations, we will be able to develop successful programs for protecting the public against future disease outbreaks.

Small type: The study of these interacting susceptible and infected host sub-populations fit squarely within this year’s Evolution and Ecology theme at the MBI. The images seen here are in the public domain and some were obtained from the Public Health Image Library (PHIL) of the Centers for Disease Control and Prevention (CDC).