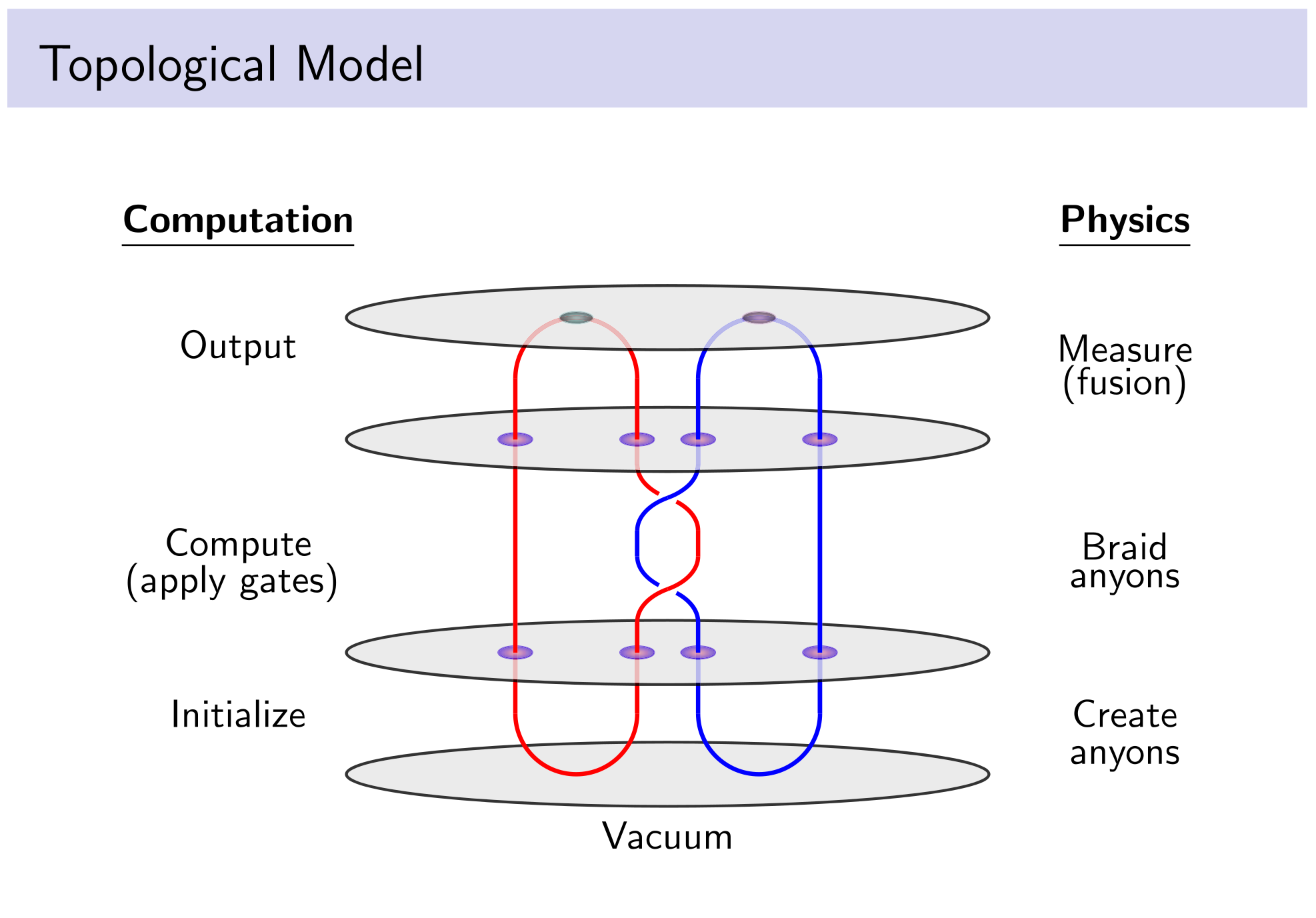 For an ordinary chemical such as water, the phase diagram shows which state the chemical likes to be in at different temperatures and pressures. Water, for example, has one liquid phase and seventeen solid phases (one of which is the cubical form that you think of as “ice”).

Now, mathematicians have identified a theoretically feasible substance with an even more complicated phase diagram than water. Richard Ng, Eric Rowell, Yilong Wang and Qing Zhang proved during the Spring 2020 program on Quantum Symmetries at MSRI that two-dimensional electron condensates, with defects called “anyons” (like the defects that give many gems their colors), can have infinitely many different symmetric states.

Anyons, which were proposed and named in 1984 by physicist Frank Wilczek, remained only a theoretical possibility until 2020, when two separate laboratory experiments proved that they exist. Mathematicians have studied them for years because of their unusual symmetry properties.

Anyons are actually “quasiparticles,” typically a defect in an electron lattice that behaves like a single particle with fractional charge. They are extremely unusual in two other ways. First, they inhabit only two dimensions of space and one dimension of time (or 2+1-space). Second, their trajectories in 2+1-space can get tangled or braided together. If you have ever played the game Twister, you’ll get the concept. In that game you have to move your hands and feet around on a two-dimensional board, and your arms and legs get entangled with those of the other players.

Imagine that you have a lot of these quasiparticles, and you cool them very rapidly until they crystallize. “Classically, phase transitions are described by symmetry breaking,” says Rowell. But quantum symmetries—the symmetries of anyons — play by different rules. Switch two water molecules in an ice crystal, and nothing changes; switch two anyons in an electron condensate, and their histories get tangled. For this reason, mathematicians have been forced to invent new structures, called “braided tensor categories,” to describe these new quantum symmetries. One of their remarkable properties is that stacking two layers with identical histories effectively erases the histories — it undoes the braiding.

In 2013, Alexei Davydov, Dmitri Nikshych, and Victor Ostrik conjectured that, in fact, there are infinitely many different braided tensor categories that, when stacked on top of an identical copy of themselves, produce the same category (called the Ising modular category). All three authors participated in the Spring 2020 MSRI program, and Ostrik shared an office with Rowell. “When I arrived at MSRI, the first thing that I heard was that they had proved this conjecture,” Ostrik says. “During the program they came up with a major simplification.” 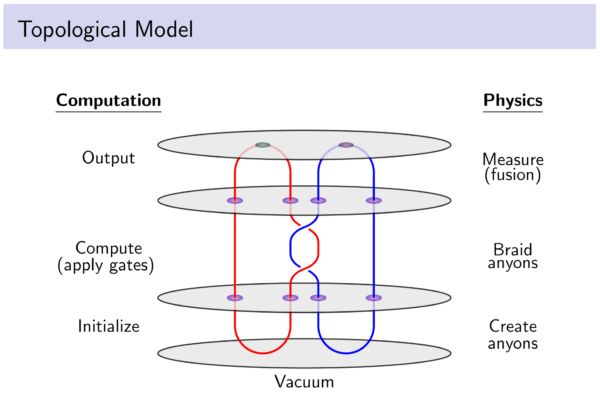 Because the physical properties of anyons change when they switch positions, they have been proposed as a model for quantum computing. Here, two anyons (red and blue) are created (bottom), switched (middle) and then measured (top). Figure courtesy of Eric Rowell.

The hard part isn’t coming up with categories that stack together to give the Ising category: it’s showing that all of those categories are different. Ng and Rowell’s group did this by computing an invariant called higher central charges. The first central charge is roughly a measure of how different the anyons are from ordinary matter. Electrons have charge minus 1 (which is a square root of 1), and similarly the first central charge of an anyon is an n-th root of 1. The higher central charges package this information together with a sort of digital fingerprint of the condensate’s structure, called the “signature.” These digital fingerprints can be computed using formulas from number theory called “Gauss sums,” which have been known since the nineteenth century. By explicitly computing these Gauss sums, Rowell’s team were able to find infinitely many that are different.

“One thing I really like about the story is that number theory (the branch of mathematics dealing with whole numbers) is involved, because this was not expected,” says Ostrik. “I still find it mysterious that number theory is so efficient in the theory of braided tensor categories.”

“My feeling is that number theory is absolutely fundamental,” says Rowell. “The constraints that physics imposes on us come down to number theoretical constraints. Other methods make the problems discrete, but heavy-duty number theory brings them to a finite calculation. Number theory has the final say, and all kinds of number theory show up — from Galois theory to quadratic Gauss sums to analytic number theory.”