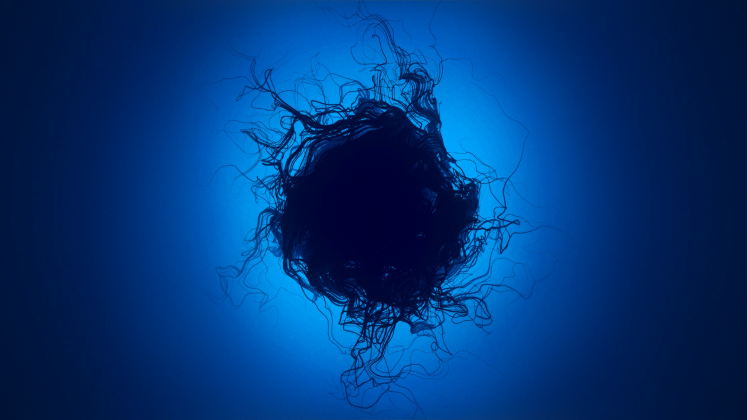 A breakthrough discovery was made that a special kind of black hole violates black hole uniqueness, the so-called “no hair” theorem.

Specifically, a computational study of extremal black holes — holes that are “saturated” with the maximum charge or spin they can possibly carry — found that there is a quantity that can be constructed from the spacetime curvature at the black hole horizon that is conserved, and measurable by a distant observer. Since this quantity depends on how the black hole was formed, and not just on the three classical attributes, it violates black hole uniqueness. This quantity constitutes “gravitational hair” and potentially measurable by recent and upcoming gravitational wave observatories like LIGO and LISA. The structure of this new hair follows the development of a similar quantity that was found by Angelopoulos, Aretakis, and Gajic in the context of a simpler “toy” model using a scalar field and spherical black holes, and extends it to gravitational perturbations of rotating ones. 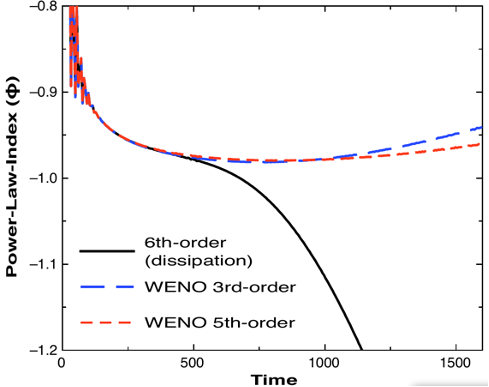 This research was enabled by a novel mixed-precision weighted essentially non-oscillatory (WENO) method. It was demonstrated that this WENO method outperforms higher-order finite-difference methods, due to the need to add dissipation for stability purposes in the latter. Furthermore, the solver was GPU-accelerated and further accelerated by using a mixed-precision approach. Its performance was evaluated using the largest GPU system in the US: ORNL’s Summit. The solver was used to study the behavior of the Aretakis charge — a conserved quantity, that if detected by a gravitational wave observatory like LIGO/Virgo would prove the existence of extremal black holes.
Researchers: Scott E. Field (University of Massachusetts, Dartmouth), Sigal Gottlieb (University of Massachusetts, Dartmouth), Zachary J. Grant (Oak Ridge National Laboratories), Leah F. Isherwood (MIT Lincoln Lab), Gaurav Khanna (University of Rhode Island), Lior M. Burko (Theiss Research), Subir Sabharwal (University of Massachusetts, Dartmouth).

This work received coverage from Quanta Magazine : In Violation of Einstein, Black Holes Might Have ‘Hair